My home state of Michigan, like sixteen other states, is what is called a “control state”. This means that the state government is directly involved with the sale of liquor in some way. Many of those states operate state-owned liquor stores as a result. Others, like Michigan, merely act as the wholesaler for the state. As a wholesaler, the state of Michigan maintains a list of all the spirits available for purchase from itself. The price book is issued by the state a few times each year. Supplemental lists (now called new items lists) are issued periodically listing items to be added to or deleted from the price book. These lists contain a variety of information but the most important to consumers is the minimum price at which the spirit must be sold at retail.

This post is a look at the new items for May 1, 2016. The LARA website with links to lists in the recent past is here. Caps retained out of laziness but with full names given where the state has abbreviated them. Proof (Michigan lists everything in terms of US proof which= 2 x %ABV), bottle size in ml and retail price are given for each one. I have added notes at the end of each if I think it necessary. Some items are not actually new, but fell off the list for some reason and have been added back or are new bottle sizes for items already on the list. Sometimes an item will be added and removed at the same time. I think this is a way to make corrections, but it’s still puzzling. For the sake of brevity, I have excluded apparent corrections from this post. Some new items are also gift pack versions of existing items. These are always the same price as the bottle alone.

Apologies for the lateness of the post. My wife had a baby.

MAYOR PINGREE-10 YR 110, 750, $89.99 New line of bourbon from Valentine in Ferndale, Michigan. It’s named for former Detroit mayor and Michigan governor Hazen Pingree (1840-1901), a progressive Republican who is widely considered to be one of Detroit’s greatest mayors.

When contacted on social media, Valentine’s Justin Aden wrote the following: “The two new listings are for two new age-stated straight bourbon sku’s we’ll be releasing this summer. One is for cask strength, [non chill-filtered] straight bourbon single barrels and the other is a limited edition age-stated ‘small-batch’ blend by yours truly.” When asked if the bourbon was sourced or their own distillate, Justin replied, “A bit of both, depending on the release. We’ve got several label variations of the Mayor Pingree line. We’ve been laying it down since 2007 but we also have some excellent sourced 10yr stock to share as well. We’ll keep you posted!”

YIPPEE KI YAY 92, 750, $64.99 Yippee ki yay, mother lovers, this new blend of straight rye whiskeys from High West was available just in time for mom’s special day. The proportions of the blend are kept secret (didn’t think this was allowed but whatever) but the two ryes in question are from MGPI of Lawrenceburg, Indiana and Barton-1792 of Bardstown, Kentucky.

The rest of the line arrives this month. As noted previously, the blanco and reposado are made from organically grown agave. Distilled at Agaveros Unidos de Amatitán, 50 miles or so northeast of Guadalajara. They are also partnering with basketball great Bill Walton for some reason.

I received a polite email a few days ago from Mychal Diaz of Southern Champion company, makers of Buzzballz premade cocktails, encouraging me to take a look at their new website and get some more accurate information into your hands, dear readers, regarding their products that were on the New Items list back in February.

Their company is a relatively new one, founded in 2010 by inventor Merrilee Kick of Carrolton, Texas. The company was founded around Kick’s concept for BuzzBallz was for an unbreakable, unspillable quality, full strength premade cocktail for camping, picnics, tailgating, etc. She invented the what the website claims is the first plastic beverage can for this purpose. 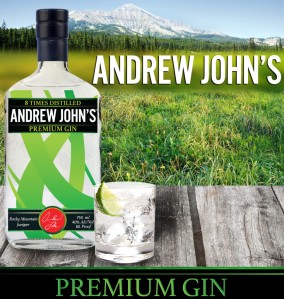 Recently they have expanded into spirits with XII Kings Vodka, Andrew Johns Gin (both domestically sourced, filtered, proprietarily processed then cut with Texas water), Pelican Bay Rums (a blend of rums from around the Caribbean) and Crooked Fox blended bourbon (sourced from Kentucky and Tennessee). They are NOT the same spirits used in BuzzBallz. There is also have a wine listed on the website, Closet Freak California Muscat. I asked about additives in their spirits as well but there was no response to that question. They will start rolling out nationwide this summer.